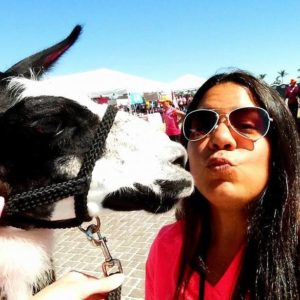 Adriana Oliva kicked off a career in communications and event-planning in 2003 with a passion for coordinating events, telling stories, and bringing people together. For the past fifteen years, her work has ranged from coordinating major cultural events in Miami, to hosting and organizing press conferences, media events, and social & corporate affairs, to working with several non-profits and cultural institutions across South Florida.

After a three-and-a-half-year stint with the Miami Science Museum (now Frost Science) as the Events, Sales & Marketing Manager, where she worked on signature events including the new Museum’s ground-breaking, Adriana decided to venture off on her own and open an events & communications agency, theAOinsight Group.

Skilled in logistics, strategic planning, and project management, Adriana says her “… strongest suit is continuously thinking not ‘outside-the-box,’ but as if there were no box.” Adriana loves her community, and shows her appreciation by volunteering and giving back.

A Leadership Miami graduate, Class XXXII, Adriana currently serves on the Executive Planning Committee, as well as serves on the Miami-Dade County Neat Streets Board, appointed by Commissioner Higgins, District 5.